Thank you for your patience while we retrieve your images.

I recently accompanied my Girlfriend on a road trip up the coast of California. We really just wanted to get out of town for the holiday weekend and go somewhere to take pictures. Her and her Father used to go to this place on the coast called Cambria. It’s a beautiful quiet little artsy town just off the 101. They visited the area to hunt for rocks that they would use in their jewelry. I have driven up the coast once before, well, technically it was down the coast but I’ve been through the area before. It’s amazing…I’ve wanted to go back through there with my camera for a long time. It didn’t disappoint. But this isn’t about that part of the trip. This is about the other reason why we went. My Girlfriend and her Father were very close towards the end of his life. And that area, those beaches, was a special spot to them and holds a special spot in her heart. So we went to spread his ashes.
All the best rock hunting is done at low tide, so I’m told. And on the morning that we went to spread his ashes at one of their favorite beaches it was low tide. When we arrived at the beach, she reached for her father, and then for her camera and set off to say her goodbyes. Left to my own devices I started walking the beach. It was a beautiful spot. The shore stretched for two or three hundred yards out into the ocean. There were rocks everywhere; beautiful amazing rocks dotted the beach resting in the sand and a few millimeters of water. I’ve been too tons of beaches. I was raised in the ocean, the ocean is my home and where I feel the most comfortable. But I’ve never seen rocks like these. Maybe I just never looked, or maybe I just took notice because of my Girlfriend and her father’s connection to it. This made me think of all the times they must have spent there, the stories they had there…the adventures.
I never got the chance to meet here father. From the stories I have heard and the impression I have I think we would have gotten along. He was an outdoorsman through and through and so am I. So as I walked along the beach and looked at all the beautiful rocks that dotted the beach I tried to think of a way to share that connection, in my own way, that my Girlfriend and her Father have with this place. I did think there could be any better way than to use the sand, the water and the rocks that they spent hours gathering together.
The two of us took a lot of beautiful rocks that weekend that she’ll eventually make jewelry with. But these rocks, these rocks stayed.
© R. Scott Elgram Photography 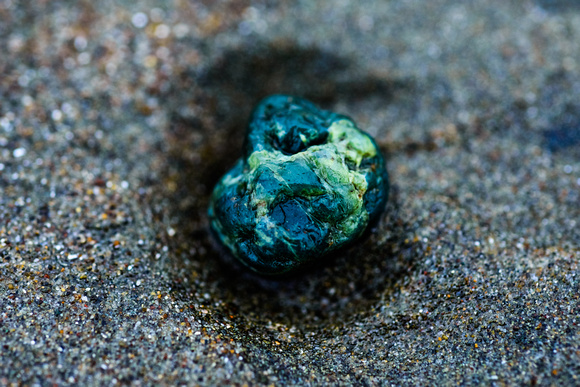